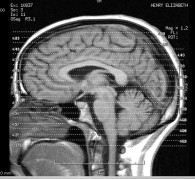 By Neelum Aggarwal, MD, member of the SGWHC

Over the last year I have attended conferences devoted to Sex and Gender Issues in Medicine and was pleased to see that the Society for Women’s Health Research recently published an article that outlined the latest state of the science in sex and gender differences in Alzheimer’s Disease (AD). It comes as no surprise that most clinician researchers in the field of AD see predominantly more women than men in their offices and clinics. The question has always been, “Do women really develop AD more than men or is it a function of age - women live longer than men?

The recent article by Carter and colleagues (Journal of Women’s Health) attempts to frame this issue in three themes: clinical, basic science, and psychosocial. The clinical research group, identified three areas that highlighted questions about potential differences among men and women-

1) Are there sex linked risk factors for AD?
2) Do sex and gender differences affect risk rate of progression or response to treatment?
3) Does the timing (early stages of menopause vs. late stages of menopause) of hormonal replacement therapy affect cognitive status, and if so, would changing gynecologic practices contribute to preventing dementia and AD in women?

It is known that brain hypo-metabolism and loss of mitochondrial function often occur before the development of AD. What is interesting is that in persons who have a maternal history of AD, greater reductions in brain glucose metabolism occur compared in those without a maternal history of AD. This finding points to a basic biologic and genetic predisposition for AD, as mitochondrial inheritance is known to occur from the maternal line. In addition, questions regarding differences in bioenergetics and aging between the sexes also are raised. Are there sex-specific modulators of aging that influence rate of decline in aging? The final area of inquiry centered around Psychosocial themes and the sex and gender differences in service use, outcome measures and societal expectations. Research in all of these areas is available, however more studies are needed that are specifically designed to include sex/gender interventions to provide effective services.