To gain an understanding of how women’s health has been evolving….

As long ago as the early 1990s, congress and the Food and Drug Administration acknowledged evidence of sex differences in response to prescription medications. The Guideline for the Study and Evaluation of Gender Differences in the Clinical Evaluation of Drugs was published in the Federal Register in 1993. The National Institutes of Health expanded clinical trial protocols to include a statistically significant representation of women in studies to determine whether sex and/or gender differences exist. The Institute of Medicine (IOM) recommended disclosure of the sex of origin of cell and tissue cultures used in research and biomedical journals now recommend that investigators report analysis of data by sex.

One of the most critically important issues is the translation of clinical research into practice, which becomes especially apparent when research outcomes contradict established clinical practice, a case made by many, including veteran women’s health advocate, Vivian W. Pinn, MD, in Expanding the frontiers of women’s health research — US style.

Biomedical and behavioral research presents evidential credibility for women’s health, raising the awareness of sex and gender differences whereby the etiology, prevention, management and health outcomes of many conditions are considered differently in women than in men. In doing so, research should be designed, conducted, reported and implemented.

The Institute of Medicine (IOM) held a workshop summary on Sex Specific Reporting of Scientific Research in response to a 2010 IOM report, Women’s Health Research: Progress, Pitfalls, and Promise that found that because data has not being reported by sex, progress in women’s health has been slowed. Even as the number of women participating in clinical trials has increased over the last two decades, they are still underrepresented and when women are included in trials, the results are often not analyzed separately by sex.

How far has medicine evolved?

This past August, the IOM’s Board on Population Health and Public Health Practice addressed the recommendation that journals adopt a guideline to have articles share the outcomes of clinical trials for both men and women, reported separately. The workshop focus went beyond clinical trials to look at sex-specific reporting in all types of scientific research. The need for sex-specific reporting as well as the benefits of and potential barriers to such reporting were addressed.

A broader perspective on women’s health that accounts for sex and gender differences provides clinicians with a basis to offer variations in treatment, drug doses, and diagnostic practices. This evolving understanding of women’s health—beyond traditional reproductive concerns — will ensure that future physicians possess the skills and evidence basis for delivering sex and gender appropriate medical care. This has been echoed by institutions worldwide as well as individuals such as, Pamela J Karney who suggestions that women’s health incorporate knowledge and skills from multiple disciplines with attention to both patient and provider characteristics, and she offers a definition of women’s health from  the National Academy on Women’s Health Medical Education. 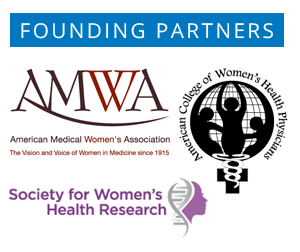