Members of the Sex and Gender Women’s Health Collaborative have been promoting their work to a variety of practitioners as well as making a case for enhanced training through a sex and gender lens. 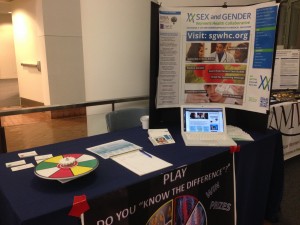 More than 300 leaders from medical institutions, industry and non profit came together for an evening of networking and              discussion about the opportunities to advance women’s health in the new health care environment. Visitors to the exhibit were invited to play the Wheel of Differences, where questions about medical practice are posed to elicit an understanding of when and if sex or gendre distinctions in screening, prevalence, response to treatment, or outcomes varies between women and men.

Advancing Excellence in Gender, Sex & Health Conference, hosted by the  CIHR Institute of Gender and Health in Montreal, October 2012. 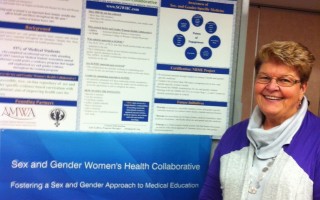 Margaret A. Nosek, PhD, is executive director of the Center for Research of Women with Disabilities at Baylor College of Medicine, Houston, TX

Janice Werbinski, MD, chair of the Women’s Health Working Group that launched the Advancing Women’s Health Initiative, discusses the mission with a medical student during the AMWA annual meeti 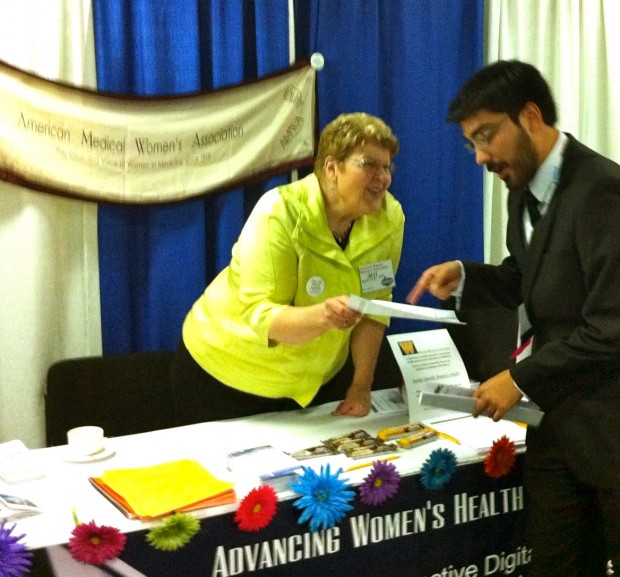 A premed student discovers the role of sex and gender sensitivity at the Advancing Women’s Health Initiative exhibit during the AMWA annual meeting.